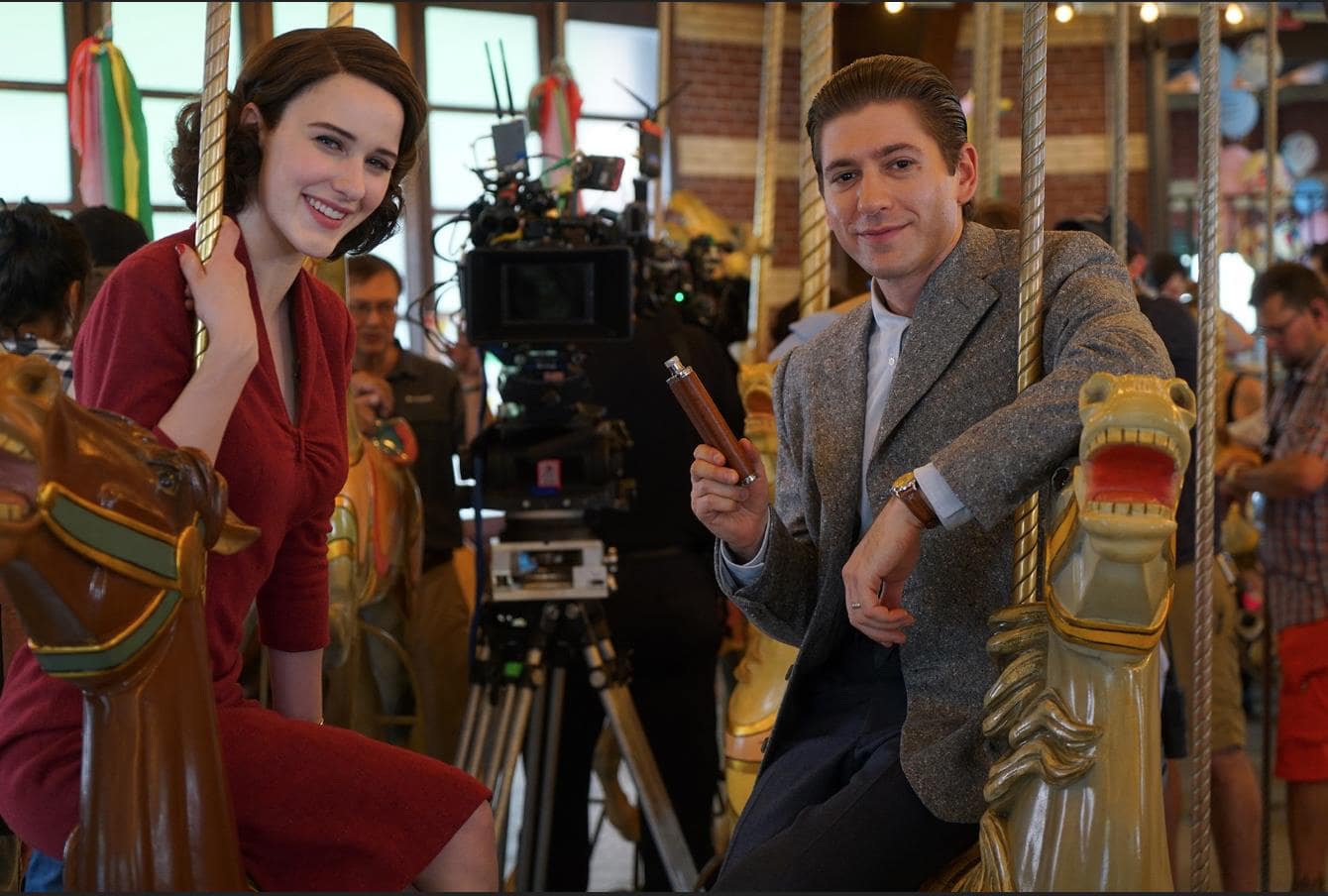 Often times, the second season of a show will outshine its first season. This is easily the case with The Marvelous Mrs. Maisel, an Emmy-winning triumph starring Rachel Brosnahan and Alex Borstein. Not only is the second season already nominated once again for the golden globes, but its critical praise is skyrocketing- and rightfully so.

The Marvelous Mrs. Maisel tells the story of a 1950s housewife, Miriam Maisel, whose husband walks out on her without any further notice. This leaves Maisel lost and defeated. In order to fulfill herself, she begins to pursue a career as a stand-up comedian with the help of her friend (who swears they’re just co-workers), Suzie. Being that it is the mid-50s in America, Maisel is met with constant misogyny and belittlement in the male-dominated world of comedy. It is clear that she as a woman has to work 50 times as hard as her male counterparts in order to get ahead.

In Season 1, we get a harsh glimpse at the sexism society has towards women in comedy. Considering the fact that being a comedian requires you to speak your mind and become “the clown”, it is easily seen as a masculine career of which is “un-ladylike” in every sense of the word. This poses as threatening to the majority of 1950s America, so it takes a frustratingly slow amount of time for Maisel to gain a respectable audience.

Season 2, thankfully, speeds up the process. Although it is still a lagging journey for Maisel to even be allowed on stage to perform, we are still able in the second season to watch her go from a miserable housewife drunkenly stumbling onto the stage of a pissant local club called “The Gaslight”, to delivering her stand up on national television in front of millions. It is a rewarding process indeed for viewers because the show really allows us to feel as though we are right there with Maisel, embarking on this journey to success with her. 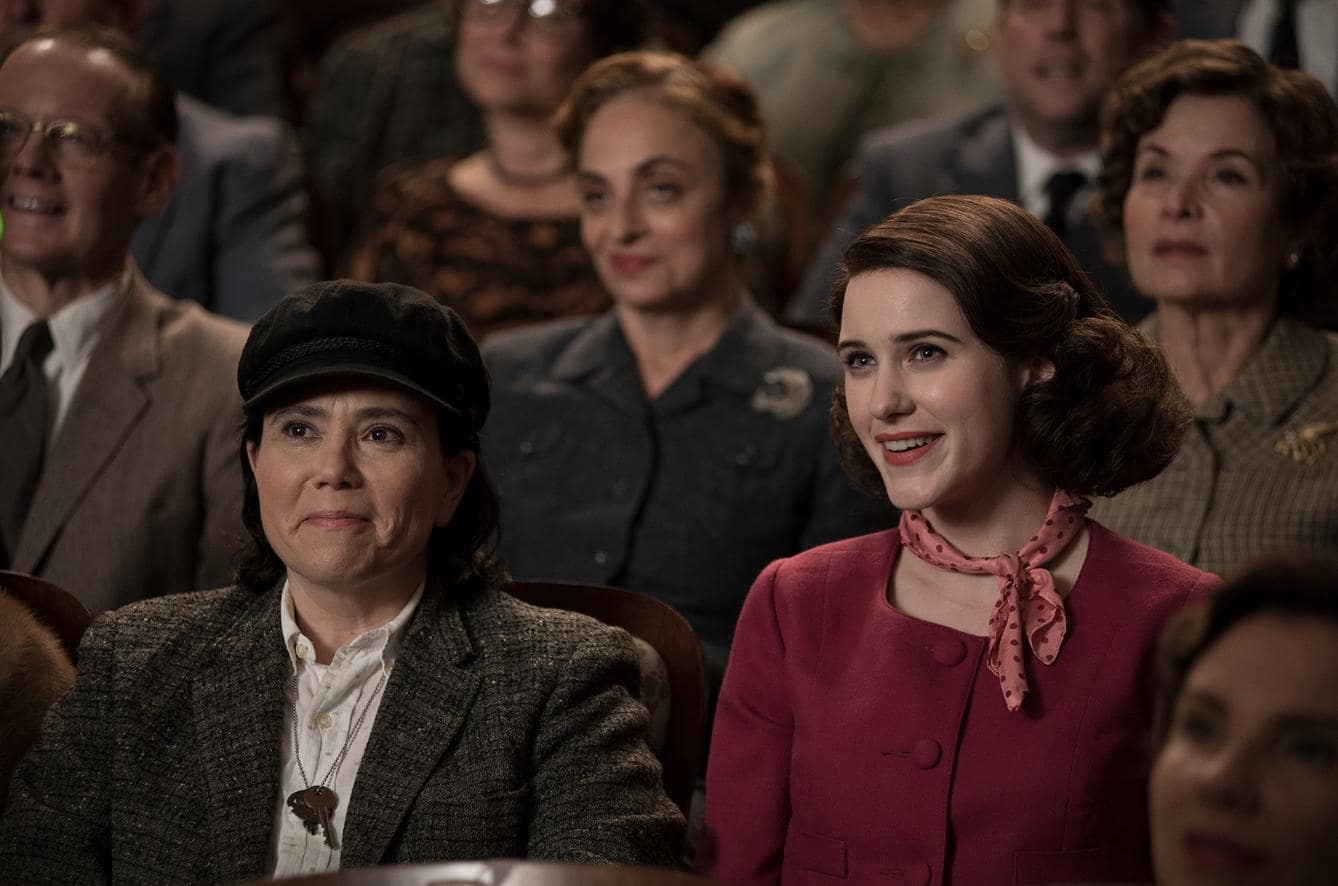 What else makes this show so powerful is despite the fact that it takes place in the 1950s, sexism for women in comedy is just as strong today. Yes, there are much more opportunities for women to follow a comedic career nowadays (almost the entire cast of SNL is female), but the perception the world has for women in comedy more or less remains the same. As a comedian who happens to be female myself, I am all too familiar with the discomfort society has for women in this field. In a lot of ways, it feels like almost nothing has changed since the world in which Mrs. Maisel is set.

Not only is the show timely and necessary for our society which tends to deem women as not having a single humorous bone in their bodies, but it’s also just an amazing show in general. Season 2 especially is filled with an abundance of cinematic beauty and color. Every scene is visually interesting, whether it’s inside of a trashy bar known as “The Shit hole”, or amongst the romantically-lit streets of Paris. Mrs. Maisel makes sure the colors are never dull, so even if you watch it with the sound muted you would still find yourself pleasantly entertained. What else saturates the experience is the show’s score, always rich with emotion, humor, or excitement in relation to the plot itself.

What’s interesting to note is the fact that Miriam Maisel is a character who utterly exudes confidence. Whenever she is complimented, whether it be by a love interest or a co-worker, she always responds with something along the lines of “Thanks, I know I’m amazing.” At first, this could seem almost off-putting. We live in a world where modesty is not only preferred but expected. In modern TV especially, it’s extremely common nowadays for the lead of a show be an “anti-hero”.

An anti-hero constitutes as a character who is not considered a “role model”, a character who is sometimes purposefully meant to be unlikeable, or at least lacking in maturity enough to make them more realistic than admirable. Think Hannah from Girls, Walter White from Breaking Bad, Issa from Insecure. I personally prefer shows with an anti-hero instead of a seemingly perfect lead, because I like being able to relate to the characters on some level.

Still, though, it’s refreshing to have a character like Miriam Maisel who probably has the same level of modesty as Kanye West. We rarely see this with female characters anymore so it’s nice to have someone who is sure of themselves, especially in a world where no one else is. If Miriam didn’t have the confidence she exudes, she would most likely never be able to make it as a comedian in the way that she has.

If you’re looking for a show that is as empowering as it is elegant, Mrs. Maisel is definitely the series for you.

About the Author:Simone Torn is a 22-year-old writer from Chicago, Illinois that writes everything from movie reviews, to cringe-worthy dating experiences. You can find her most recent work here.